I have wanted to visit Sake ever since seeing Shaun Presland create magic on MasterChef. Yes, it seems that I too can be influenced by MasterChef.

My desire to visit strengthened greatly when I realised that Sake was situated in the same space as a restaurant I use to work at around 19 years ago. Back then it was called the Argyle Tavern. I am pretty sure that quite a few of you guys wouldn't of heard of it, it was probably well and truly before your time.

I am going to apologise about my ramblings at the start about my past life in hospitality. I suggest you go grab a cup of coffee/tea for my flash back to a former life, sorry!

The Argyle Tavern was geared towards tourists. You could of classed it as a theatre restaurant of sorts. Think Dirty Dicks but without employees getting up on stage to perform skits etc. Well that isn't entirely true, there were a couple of times that you would be tortured on stage. There was a house band that played Aussie style bush music during the evenings. Initiation for your first night on the job was to be thrown up on stage in front of a packed house to sing and encourage from the stage to get guests to join in. The rest of us just walked between the tables clapping our hands and singing from a less prominent position to cajole patrons to join in.

Sake, the purple in the background is the old stage area

During the day I would get dressed up in an wench's costume and attend to hoards of Japanese tourists and the occasional business folk. It was during the evenings that the place really got in to full swing when the band was there and wenches were replaced with a community of characters. Wait staff/hosts such as myself were generally budding actors or the likes. We dressed up in costumes and had 'roles' to play. We became that character for the evening. There was the drunk, the madam, obnoxious children roles, a Fagin style character and a few other town folk with stories to tell.

The role that I often played was Lady Smyth. She was the wife of a ship captain's who was stranded in the hell hole of The Rocks, wanting to find her missing husband and get back to her beloved England. If I had a dollar for every drunk male English tourist that offered to take me back to England with them, I would be worth a small fortune.

All the characters had stories that connected each other in one way or the other. It was like 'Days of our Lives' for patrons dining with us, but that was all part of the show. One of the running gags which involved Lady Smyth was that she would have a locket around her neck with the photo of her long lost husband. Her sad plight of woe and destitution was played out for guests as she showed them her locket. Then the town madam would approach the same table, after Lady Smyth had gone, wearing the exact same locket. She would tell her tale sorrow, flash the picture in her locket and tell her tale of how the love of her life was missing at sea, obviously Lady Smyths' missing husband.

One of the fun parts of the job was being paid to roam the area around the Tavern and Argyle Cut in our costumes before guests were due to arrive. In character we resembled a modern day flash mob of what The Rocks was like when Sydney was first settled. The actors playing children would play hopscotch and run amuck causing havoc. The adult characters would do their thing. We instantly preyed upon anybody passing by, there was no escape, they were trasnported to our time in Sydney history until they moved on. It was fun seeing how people reacted.

Hmmm, I wonder if the current staff have come across any of the ghosts that roam the stairwells, halls and rooms of the Argyle?

So leaving you with that thought, besides trying Shaun's incredible food, I wanted to see how Sake had transformed the space that was an interesting phase of my life. I wish I had photos from when I was working at the Argyle, but I just don't have any. There have been quite a few changes, but not to the main structure, which is to be expected, as I am sure it is a heritage listed building. The sandstone brick work and heavy wooden beams and pillars are still there and prominent features.

Sake's kitchen area, use to be where the buffet was & stairs leading down to kitchen.

The Argyle Tavern's kitchen use to supply meals to three restaurants. The Tavern where I worked, the more stylish restaurant that also resided in the in The Argyle Tavern (you turned left instead of right when entering) and it also supplied the Lowenbrau Keller. It was a massive kitchen with lots of staff in the bowels of the building. The first notable change for me is that Sake has an open kitchen which is upstairs and part of the restaurant. The classier restaurant is gone and there is a wine cellar in part of that space. The stage is still there but cleverly camouflaged. Gone are the long rustic wooden communal tables, replaced with more stylish fittings.

Enough about the old and let me tell you more about Sake. The visit to Sake was my Christmas present from Ms Lily, who knew how much I wanted to visit. Besides being engrossed with changes as soon as I walked in the door, I was thrilled to find staff are friendly and incredibly helpful. Once seated we decided we wanted to share some sake and the knowledgeable staff directed us to what we were after, they know the menu and drink list well.

To start off was sashimi tacos as they sounded quite quirky. Two baby tacos, one filled with tuna sashimi and the other salmon sashimi, both topped with chilled tomato salsa. The tacos are matched with Kozaemon Junmai sake shots. We are instructed to take a bite then a sip of sake. They were great, the crunch against the soft flavoursome sashimi, then the sip of sake seemed to make all the flavours magically dance in your mouth.

Next served were the butterfish lettuce cups and the tonkatsu cups. The butterfish cups were grilled miso marinated butterfish served on top of butter lettuce, topped with fine crunchy fried noodles. The tonkatsu cups consisted of tender, fried, panko covered pork belly and spring onion bites. These were also served on lettuce with mustard miso and Japanese barbeque sauce.

A visit to Sake would not be complete unless you ordered sushi, one item that Shaun is noted for. Aburi sushi selection is ordered, a selection of five seared nigiri sushi. I savoured ever mouthful and could of quite easily eaten another plate all by myself.

A main was ordered to share, wagyu teriyaki. I was surprised when placed in front of us, it was a rather rustic wintery dish, which wasn't quite expected from the menu description. The wagyu had a marble score of 7+ and cooked to perfection. Melt in your mouth beef cooked medium rare, served on sautéed shitake and buckwheat with yakiniku sauce.

Deciding there was room for one more dish and that neither wanted that to be dessert, shake toro, salmon belly sashimi was ordered. So glad that it was, again could of eaten more, was beautifully presented and the small sprinkle of sea salt made it delicious.

Sake is definitely a restaurant I want to visit again. Either to partake in a degustation that Shaun seems to run every so often, or to try a few other dishes that grabbed my attention. Would love to try the tuna tasting plate as well as the popcorn shrimp.

If you are a dining party of two, or even there by yourself, you may want to take a seat at the bar style table that runs the length of the kitchen. It's always fun to watch a kitchen at work.

Do tell dear Belly Rumbles' reader, have you ever re-visited a place that you had a strong connection to and were amazed by the changes which had occurred since your last time there? 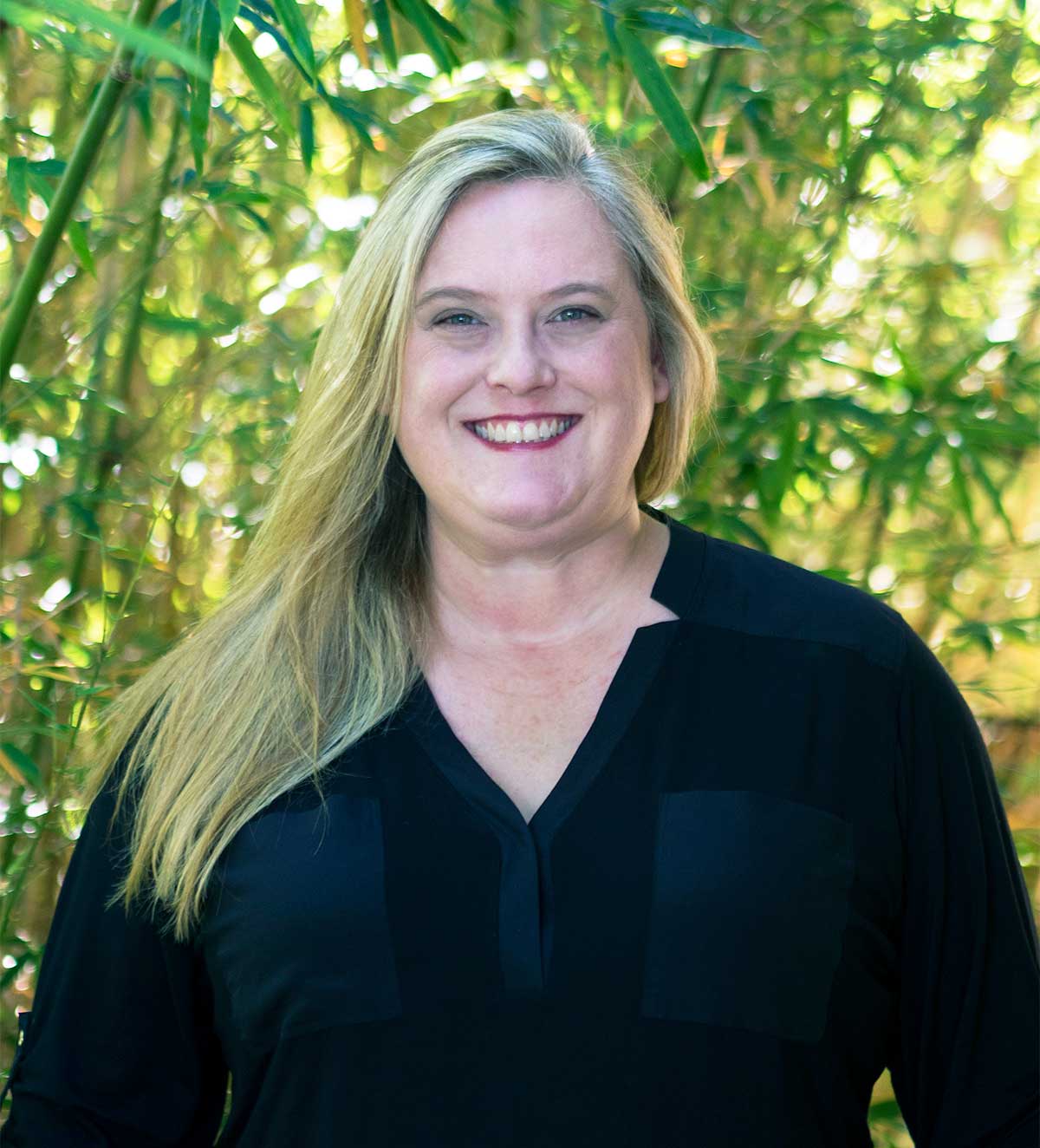 I share Recipes discovered or inspired by my adventures, and family favourites too! Come join me on my culinary adventure.