Home » Blog » All you need to know about Ruby Chocolate
352shares

We look at what exactly is ruby chocolate, how is it used and most importantly, what does it taste like?  A complete guide to this pretty pink chocolate.

What is this magic pink Chocolate?

Ruby chocolate, also known as ruby RBI, is the newest chocolate discovery in 80 years. It is the fourth chocolate type after white, milk and dark chocolate.

Ruby Chocolate was introduced to us by Barry Callebaut in 2017 and available to purchase from January this year (2018). Australia was one of the first countries for the roll out of the new chocolate variety, hitting our shores in September this year. 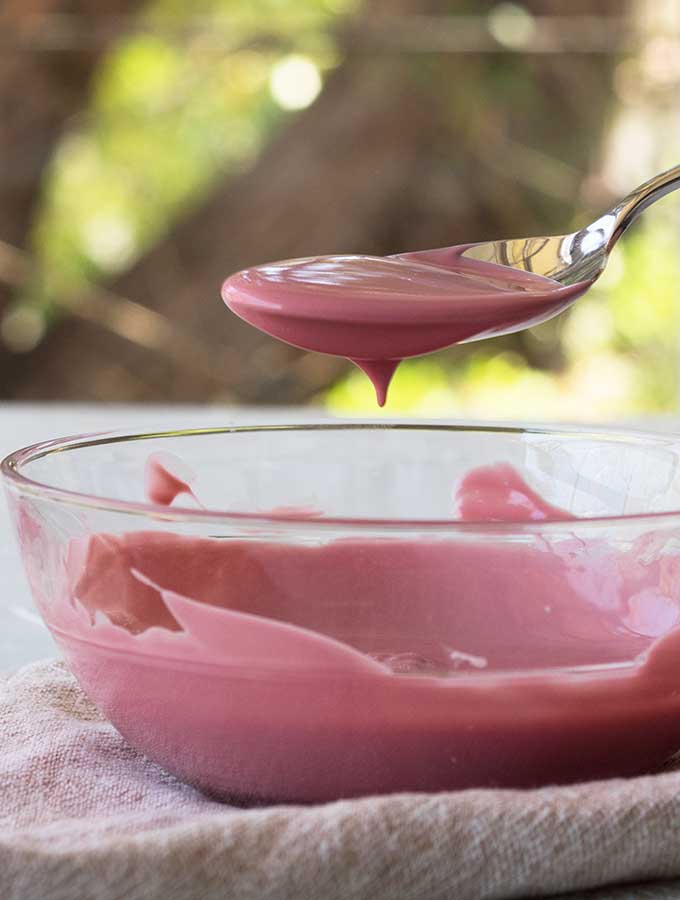 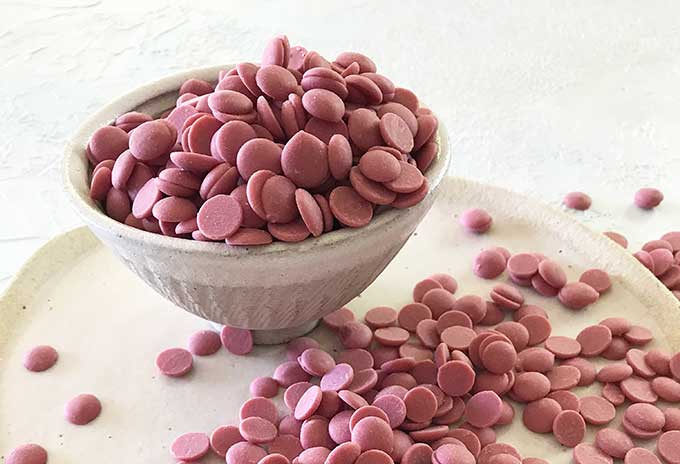 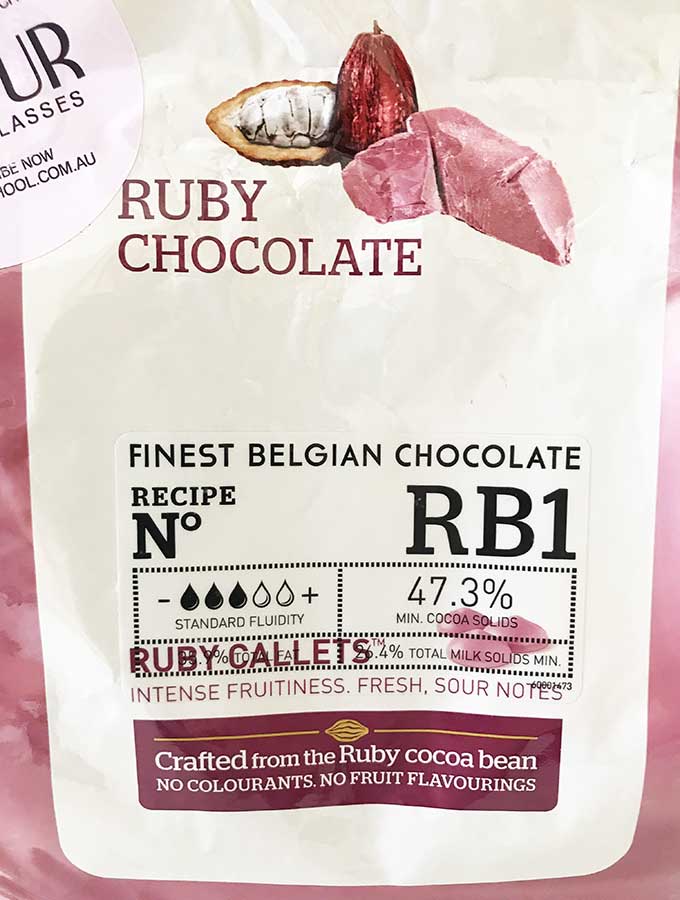 According to Callebaut’s website, the ruby beans’ origin is from Brazil, Ecuador and Ivory Coast

Callebaut registered a patent in 2009. The patent is for “cocoa-derived material” from unfermented cocoa beans (or beans fermented for no more than three days) that become red or purple after treating them with an acid and then defatting with petroleum ether.

“The beans are like mother nature gave them to us and are not GMO. Barry Callebaut is able to identify the ruby beans containing the right set of attributes. Secondly, we developed a unique processing that makes those special precursors come alive, creating ruby chocolate,” Barry Callebaut.

It seems it is all about the process and not necessarily the discovery of a new cocoa bean?

The ingredients in Ruby Chocolate

According to the label on the back of my 2kg packet of Callebaut ruby chocolate, below are the ingredients; 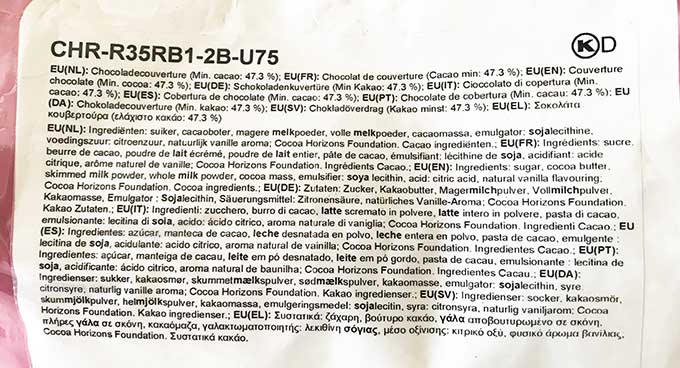 Taste is a very personal thing, so let’s start with what I think ruby chocolate tastes like.

It tastes very fruity, with berry qualities to it. There are sour notes, and it is these that make me think of a mildly tart berry flavour.  It is sweet, like I find white chocolate is sweet. It also has a creamy texture when eaten.

What does Callebaut say; “intense fruitiness and fresh, sour notes”. 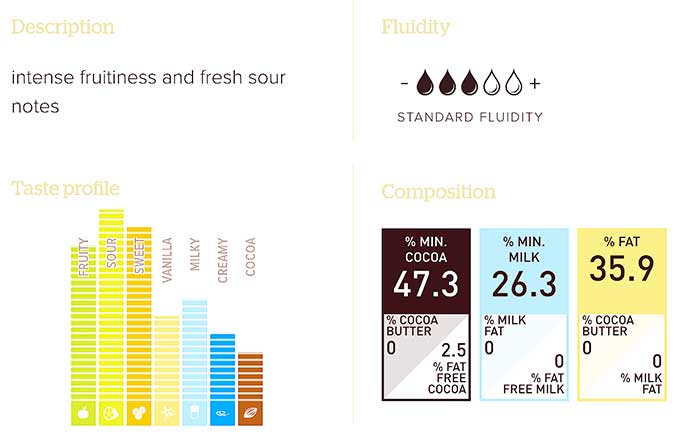 Callebaut state that there isn’t any fruit flavouring added to the chocolate, and that the flavour is all natural due to the beans.  But it is interesting to note that vanilla flavouring is added.

Does it taste like other chocolate? Yes and no. It reminds me of a fruit flavoured and coloured white chocolate. It doesn’t have a “pure” chocolate taste.

I have read that the “chocolate” taste of chocolate develops during fermentation. This could be another indication they are using unfermented cocoa beans.

If you are craving a traditional chocolate hit, I doubt it will do this for you. Especially if you are a fan of dark chocolate like I am.

How to use it?

You could use it to make mousse, cakes, ganache, cookies, it is totally up to your imagination. It of course can also be used to make truffles and chocolates.

Callebaut have some wonderful chef tutorials on their website. This includes tempering and you can find them here. 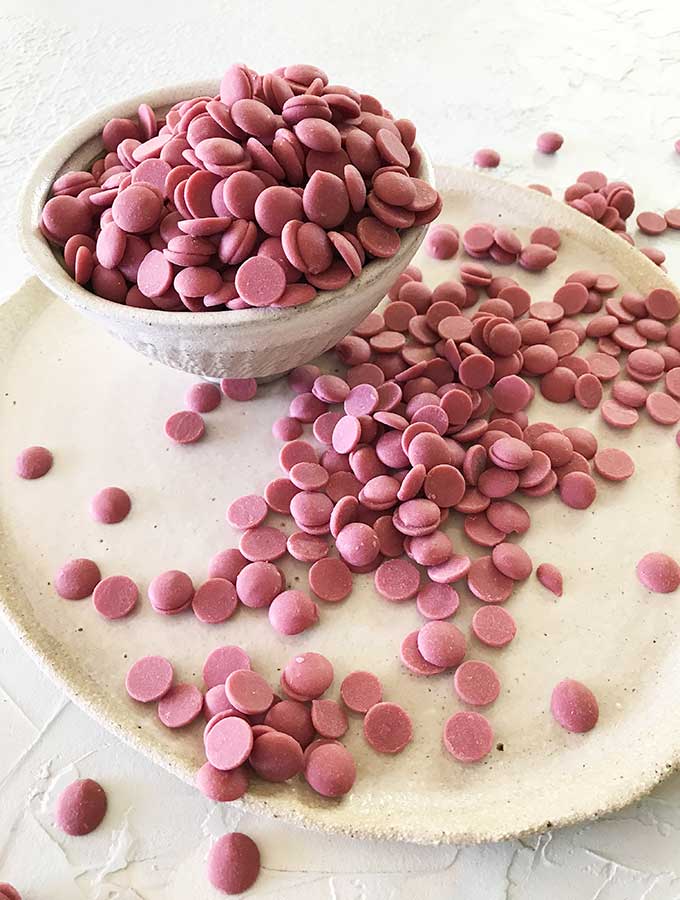 How to store this Chocolate?

Store the chocolate in an opaque airtight container in a dark cool area. It is sensitive to light, air and humidity (as is other chocolate).  If not stored correctly it can discolour taking on a greyish appearance.  Do not store in the fridge.

Where can you buy it?

In Australia you can purchase ruby chocolate from Savour Chocolate and Patisserie School and The Essential Ingredient.

It is as sad fact that it does not retain its pretty rosey pink colour when used in cooking. The colour will change when added to liquids and turn a greyish pink.

This will happen anywhere this chocolate isn’t being used stand alone and in its pure form. To overcome this, chefs may add beetroot powder or other pink colour to keep the pink colour of the chocolate.

The colour of the chocolate may also be affected by sunlight, the colour will fade. 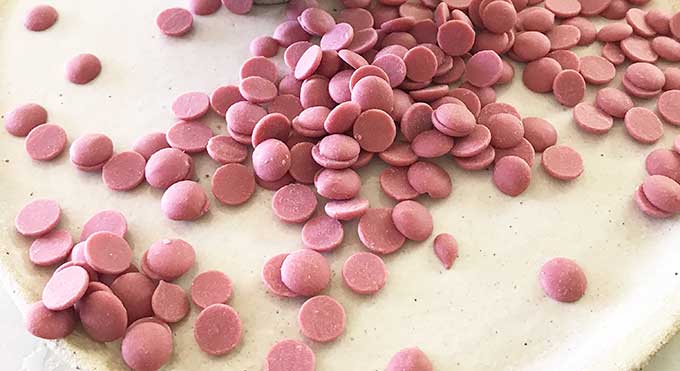 Have you tried ruby chocolate yet? If you have do let me know what you think.