I’ve started writing this post numerous times over the past week. Not really getting very far. Words just wouldn’t come, but the tears would flow.

Yesterday was the first day that I didn’t spontaneously burst into tears every hour or so. I’m making up for it now as I type.

At 8.25pm last Tuesday night my heart broke into a million pieces. No, it was more like somebody had dropped my heart from a great height, letting it shatter all over the floor. Pieces everywhere. Pieces that will take a long time to morph back together again.

That was the time my darling Sally’s head fell heavy in my hands as I sat on the floor with her. I was crying, she was looking at me, completely calm, trusting Darren (our vet) and I. She wasn’t fretting, taking it all in her stride. Her once strong neck relaxed, her eyes closed and she fell into an endless sleep.

I need to post about her and share what a brave fighter Sally was. I can’t really write anything else for Belly Rumbles until I do. In fact I haven’t written a thing in the two weeks since I knew Sally and my time together was coming to an end.

Sally is mentioned regularly on Belly Rumbles. Readers who drop by often will be all too familiar with her. 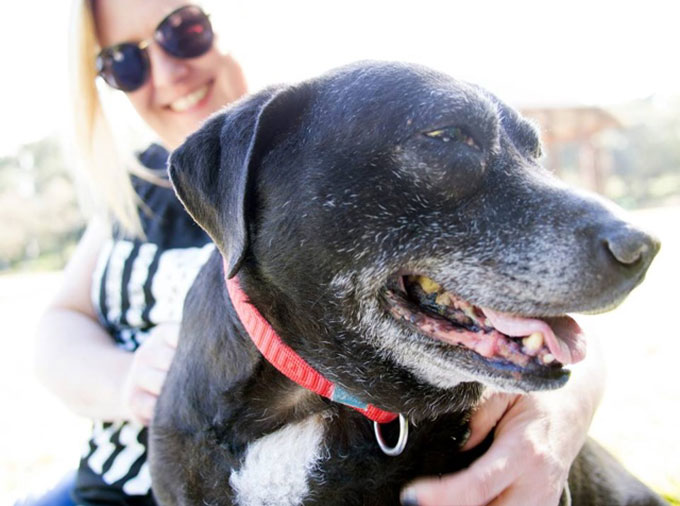 She was my best friend, my confident, my number one taste tester, a beloved family member, had four legs, an incredible smile and the most beautiful eyes.

From 2010 she battled cancer of one form or another, mainly low grade mast cell tumours. But at the end of 2010 a nasty spindle cell tumour was discovered on her front right leg. There was talk of amputation and not being able to save the leg. But a couple of surgeries and a skin graft later, she kept the leg and the aggressive tumour successfully removed. After that operation she always wore her “sock” to protect her leg.

The mast cell tumours kept coming. As soon as we removed one, and her hair started to grow back from surgery, another one would appear. It was becoming and endless cycle and as she got older we made the decision to not put her under the knife anymore for future tumours. 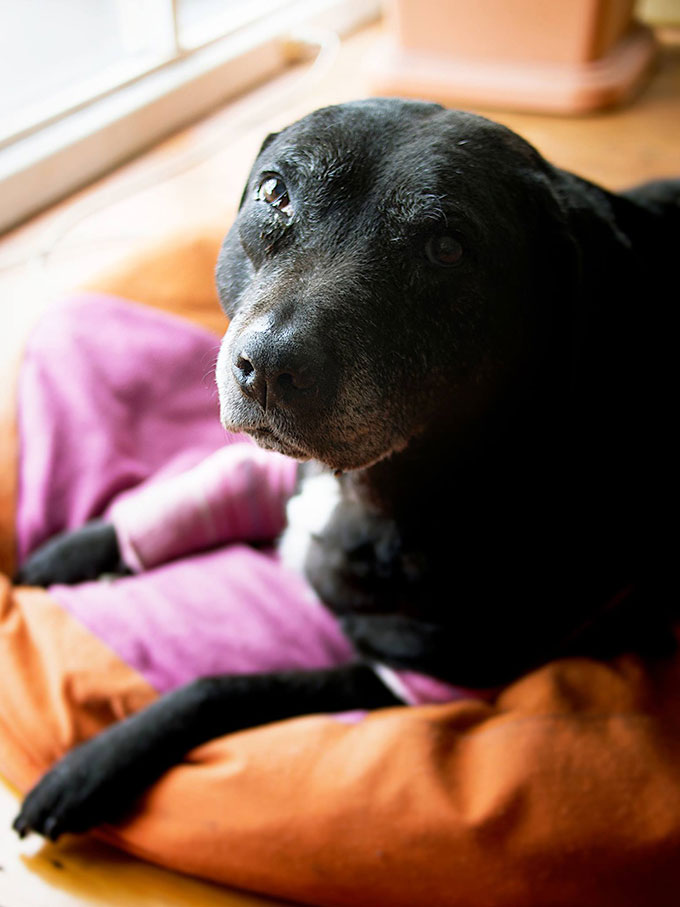 Then at the beginning of 2014, if she hadn’t been thrown enough, she was diagnosed with a myxo sarcoma of her right jaw. The news wasn’t good. If we did nothing Sally would be lucky to be alive in eight weeks time. Chemotherapy would most probably do nothing and our best option would be radiotherapy, but even then it was unlikely to do much.

It wasn’t in me to sit back and no do anything, especially after how hard she had fought to get this far. I thought of the radiotherapy option, I thought really hard about it. In the end having to drive to Brisbane for the treatment weekly, plus the pain and side effects, it just wasn’t a quality of life option for Sal. 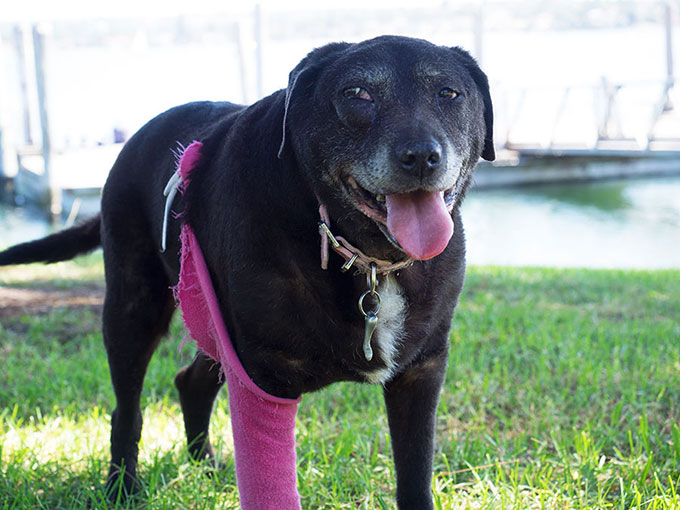 So in one hand we could do nothing and maybe have eight weeks with her. Or on the other hand we could investigate chemotherapy and maybe by a shear miracle it may do something. That was very unlikely due to the nature of the sarcoma, in all reality we were looking at giving her another month or two if lucky.

So that is what we did, we started the chemotherapy process. Our expected extra month or two with Sally turned into 12.

Just before Christmas we stopped chemo altogether as the tumour continued to grow. Sally wasn’t in the best shape and we really didn’t feel she would make it through Christmas. How wrong were we.

Sally loved Christmas, and we were blessed with one final one with her. 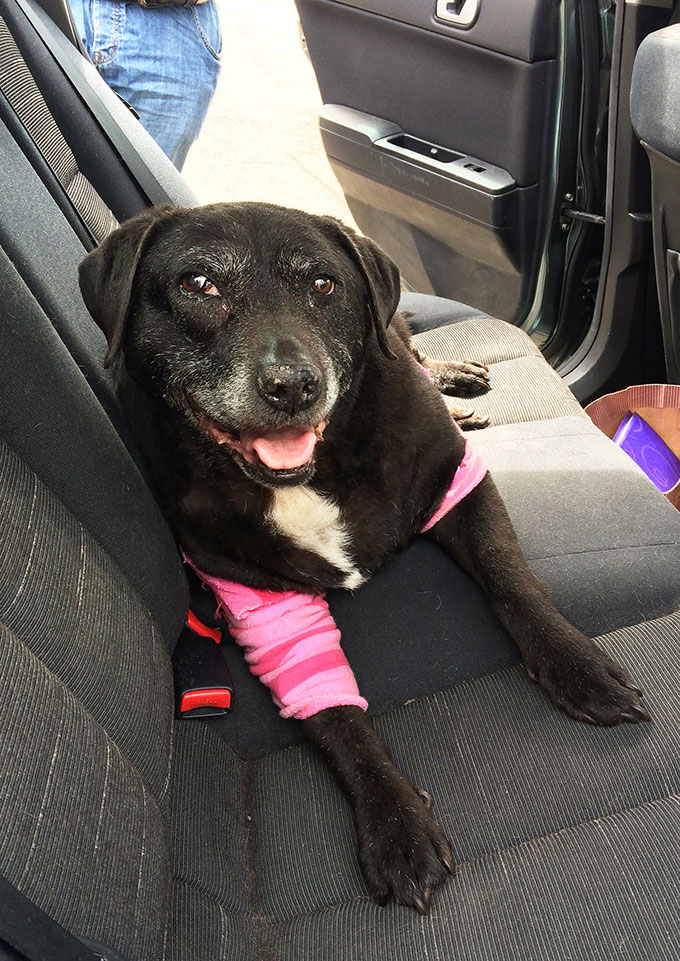 Off chemo and on painkillers and steroids, Sal was doing okay. If you ignored the massive lump protruding from the side of her head. We paid a visit to her Oncologist in February who was amazed at how good our beautiful girl looked.

Then last week everything went down hill pretty quickly.

All I wanted for Sal was for her to pass away peacefully in her sleep. No pain, no suffering, just to peacefully fade away. But, really we all want to go like that, don’t we.

Instead we had to make the gut wrenching decision last Tuesday to let our baby girl find some peace. The Sunday evening her health had started to dramatically get worse. By Monday she couldn’t stand unassisted and Tuesday morning the decision was made that she had been through enough and it was time.

This was an even harder decision as Mac was in Melbourne for work and not returning until late Wednesday evening. 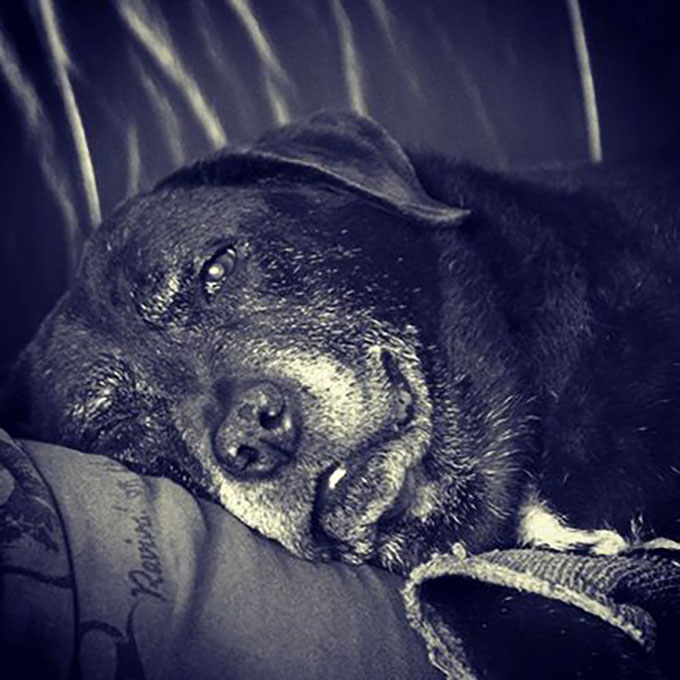 Josh and I spent the whole of Tuesday with Sally at home. There were lots of cuddles. I spent most of the day either lying on the floor snuggling up to her or sitting there with her head on my lap. Crying most of the time and talking to her. Telling her that Darren was coming later that day and that she wouldn’t feel any more pain and that everything was going to be all right. She just lazily wagged her tail and smiled at me. It was very hard for me to process that in a few short hours that she wouldn’t be with me anymore.

That Tuesday would have to be the longest day in my life. Darren arrived just after 8pm. Sally didn’t even attempt to get up to say hello, so unlike her.

I’m not sure if it is due her complete trust, or that she knew what was happening and was ready to say goodbye. But Sal was calm, her normal calm as a cucumber self. Not phased by the seeking of a vein or the insertion of the needle. She just looked at me as I held her and cried, telling her I loved her. Then her eyes lost focus and her head fell heavy, she was gone. My baby girl was no longer in pain, she was at peace.

Those that know me well know how much her loss means to me, to Josh and to Mac. Those who knew Sal know what an amazing girl she was. Know of her beautiful spirit, smile and eyes. 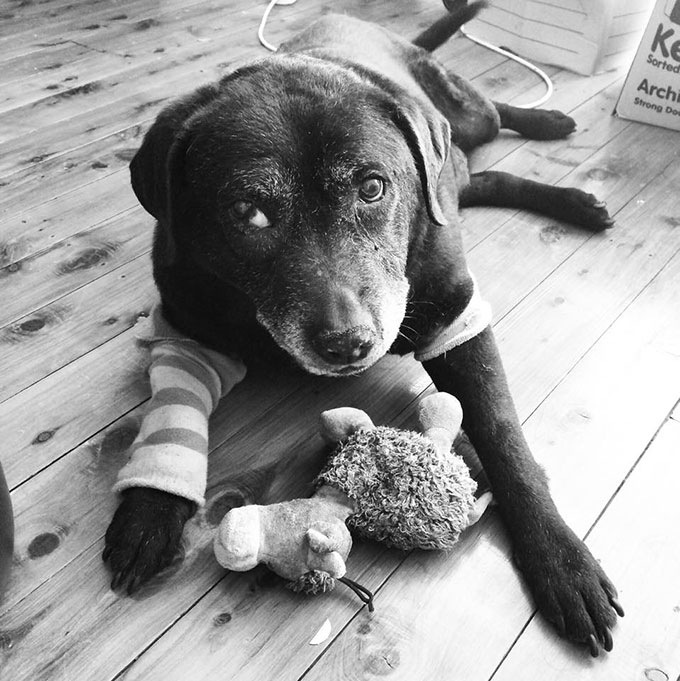 Mum and Dad, thank you. You guys know what you did, and with out your help when Sally was diagnosed with the spindle cell tumour, her journey would have ended then. What you did means so much to me and I thank you so much. 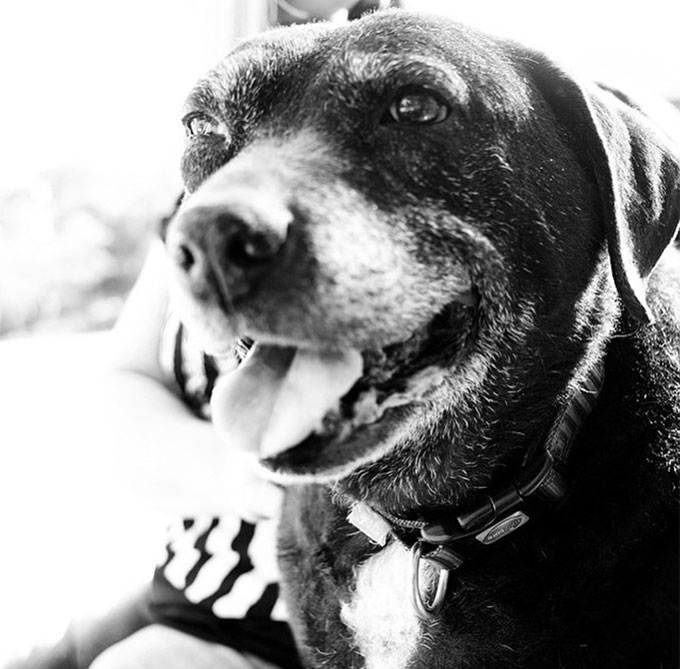 A very important thank you to Darren Cibilic, of Sutherland Veterinary Clinic. Darren, I can’t express my thanks for everything you have done for Sally and us over the years, especially over the past few as she battled with cancer. You have been an amazing support, thank you for taking care of her.

I miss you greeting me at the front door with one of your babies, “cow” or “donkey” softly held in your mouth. I miss tripping over you when food styling and taking photos. I miss you watching me in the kitchen. I miss you sitting up with me at night after the rest of the tribe has gone to bed. I miss my number one taste tester. I miss my friend. I miss my partner in crime. Most of all, I miss your kind smiling eyes, your snuggles, nose nudges and love.

I miss you baby girl, rest in peace.