I love potatoes, give them to me baked, boiled or fried.  I have inherited having a continuous healthy stash of them in my kitchen from my mum, they are a staple.  It has only been in recent years, as I research more about Latvian culture and cuisine, that I am adamant that my love of potatoes is in my blood.

If you are like me, when you think of a potato munching country you automatically think of Ireland.  It seems, for all the same reasons that potatoes were important to the Irish, they were just as important to Latvians.

Potatoes are sometimes referred to as ‘the other bread’ by Latvians, and they feature heavily in the cuisine.  The hardy spud was an important introduction to Latvia from North America in the 19th Century.  No longer would peasants go hungry when the grain stores ran low in Winter and Spring, there was food to eat. 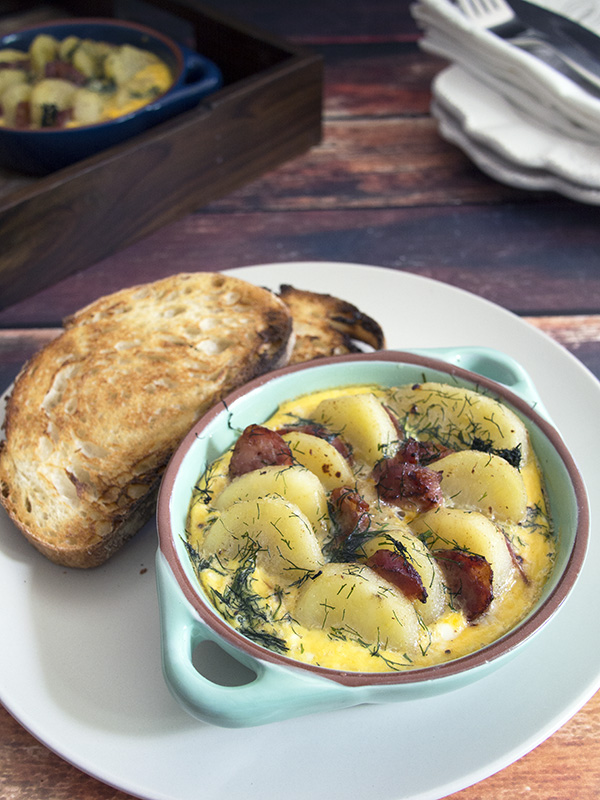 Zemnieku Brokastis means Farmers Breakfast.  It’s simple and hearty, making use of what is on hand.  Preserved meat in the form of smoked sausages, potatoes, butter, eggs and milk all from the farm.  The dish is freshened up with a sprinkle of dill.  I can’t imagine Latvian cuisine without this herb.

Traditionally this dish would have been made in one large pan.  I spread it out to fill three individual dishes, as we are a family of three.  I did have to serve some mushrooms on the side to fill the boys up.  I feel the quantities given in the recipe below would be adequate for a hearty breakfast for two.

I used a smoked sausage called Stuttgarter, sourced from Rudi’s Continental Butchery and Smallgoods in Kirrawee.  It is a heavily wood smoked sausage made with pork, coriander and garlic, and perfect for this dish.  If you are in The Shire, make sure you visit Rudi’s, they are specialists in German and European style meats and smallgoods.  Plus the shop smells amazing. 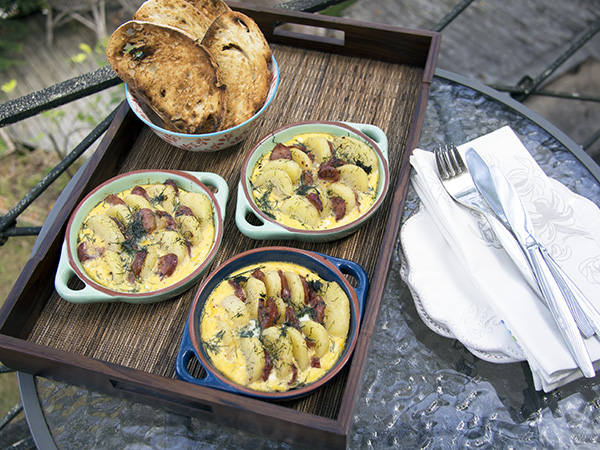 If you can’t make your way to Rudi’s, I suggest a thick smoked sausage with a good fat ratio.  I find thinner smoked sausages can be dried out from the smoking process.  While being delicious in their own right, I don’t feel they work as well for this dish.  If all else fails you could substitute the spicier option of chorizo. 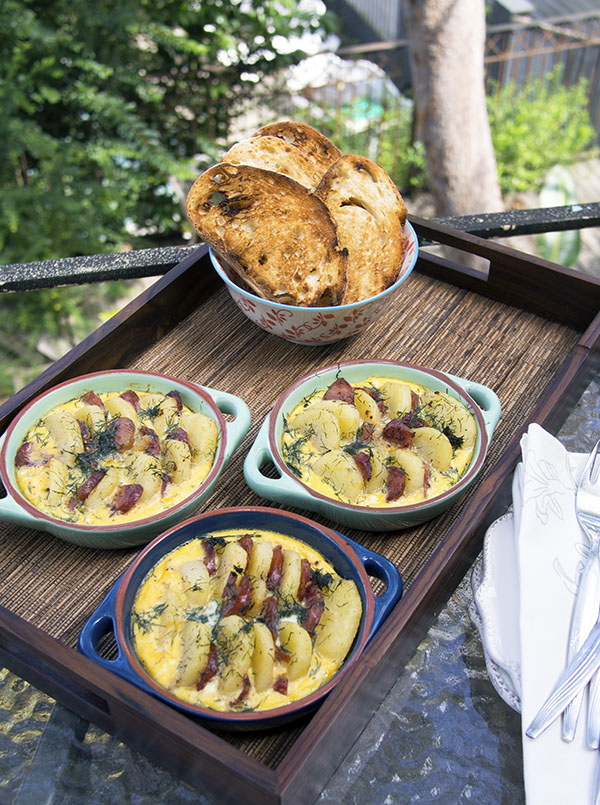