Is it wrong to feel a joyful satisfaction from wielding a large Chinese cleaver and smashing a poor cucumber senseless? It could almost be the opening scene to a horror movie. A mother in the kitchen, tension building music starts to play and escalate. There is a manic glean in her eye as one by one cucumbers meet their fate under the weight of a cleaver.

Swish, the cleaver rises high in to up in the air
Whoosh, it heavily makes its way down to the wooden chopping board
Close up of panicked cucumbers
Crack, green skin splits open, watery innards revealed

Chinese garlic soy sauce cucumbers are quite addictive. Not only in taste but the preparation can be quite therapeutic.

Not surprisingly people tend to keep a wide berth of the kitchen when I am smashing cucumbers. Even Harley looks on from a distance with a slightly disturbed quizzical eye.

Thank goodness bursts of satisfactory laughter don’t unwittingly pass my lips while doing so. I could well end up being carted off in a padded truck and writing Belly Rumbles from a long medicated vacation.

Besides being able to use my cleaver for this recipe. I love my cleaver, it was picked up in an Asian grocery store on the Gold Coast about 20 years ago. It gets used very rarely, mainly to crack unsuspecting cooked crab and lobster, and the occasional coconut. That again brings fear to my family’s faces as I do that with coconut in one hand, and cleaver in the other.

Come to think of it I don’t think I have ever used the blade of my cleaver, always the back or the side. 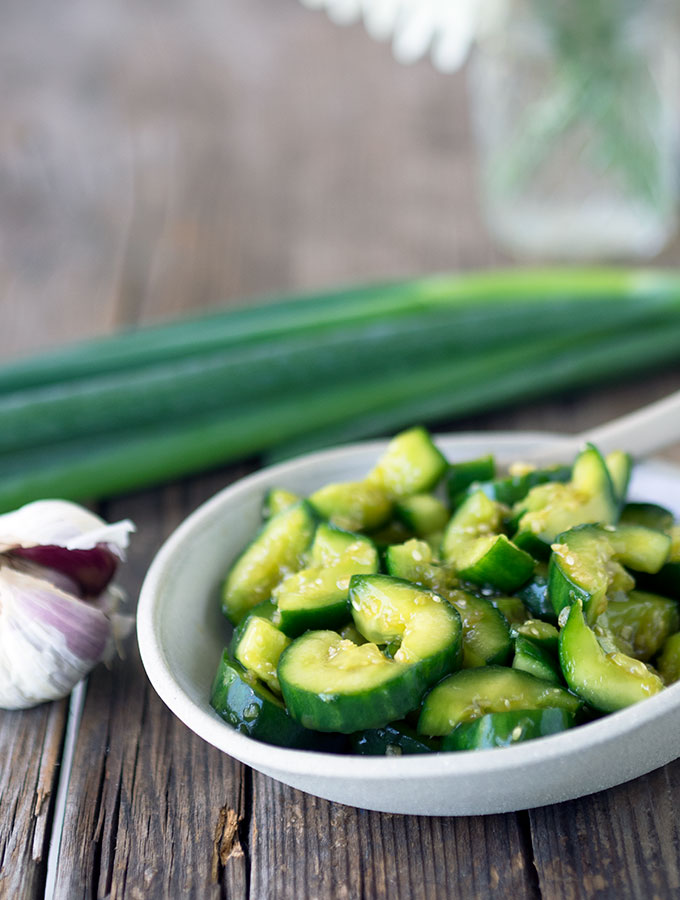 You’re probably thinking, “Do I really need to smash my cucumbers?” Yes you do. Don’t worry if you don’t have a cleaver (but it is seriously satisfactory), you could whack them with a rolling pin, heavy pot or a meat mallet. Feeling very Mafia like yet whacking cucumbers?

Smashing the cucumbers for this dish is a must. The ragged, slightly bruised pieces of cucumber absorb the flavours far more efficiently than the straight cuts when using a knife.

Even though you have smashed them, the cucumbers will still retain a crunch in the finished dish. 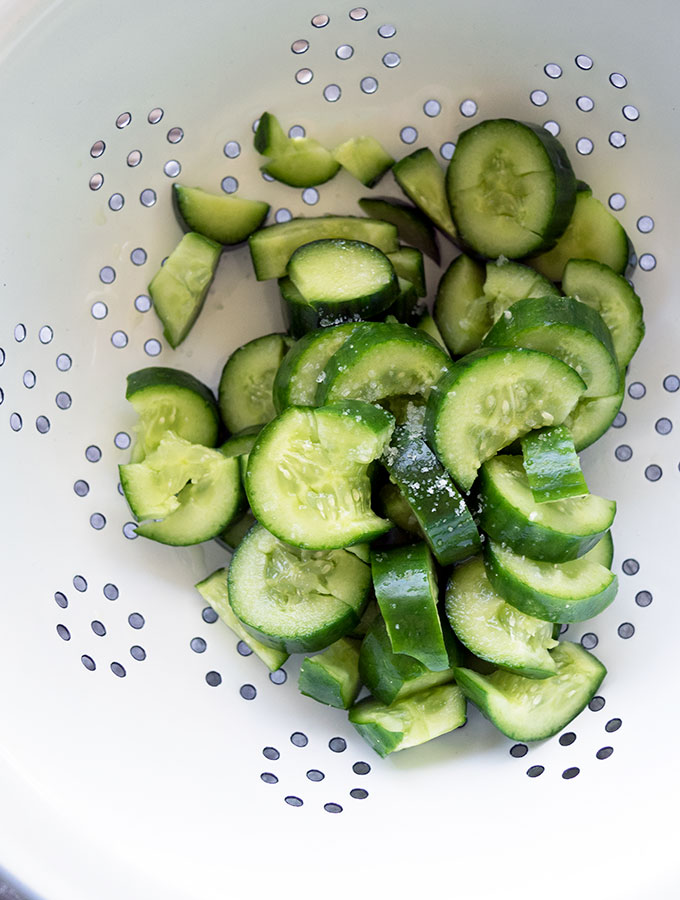 These are Flavour Packed Pickles!

These always appear when I prepare a Chinese style banquet. I love eating them due to their taste, I find them quite addictive, but also as the main ingredient is low calorie good for you cucumbers.

If you do happen to whack some cucumbers of your own, do share with me via social media! 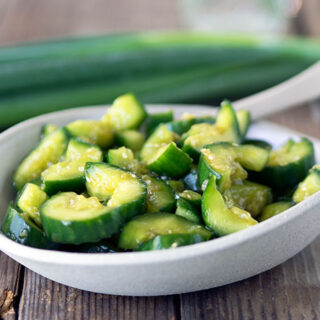 Did You Make This Recipe?I do a happy dance when people share how they went. Tag me on Instagram or Twitter @bellyrumbles & #bellyrumbles
« The Perfect Blueberry White Chocolate Waffles Recipe
Coconut Chocolate Ganache Cookie Sandwiches »